McDonald’s, or McDo as many Filipino call it, is one of the most popular fast food restaurants in the Philippines. They have many burgers and other food items to choose from on the menu.

Here is the latest McDo menu with prices:

Being one of the largest restaurant chains in the Philippines, McDonald’s has to constantly updated and change their menu so their customers don’t get bored.

Here are some photos of that latest menu at their stores: Happy Meals And More Burgers In Philippines At Mcdo Burgers And Chicken On The Mcdo Menu Spaghettia And Snacks On The Philippines Mcdonald’s Menu

The breakfast menu at McDonalds runs from 3:50am to 10:20am, and serves classics such as hotcakes and hash browns, and many more. Sink your teeth into the Sausage McMuffin, a freshly toasted English muffin topped with hot sausage and a slice of zesty American cheese. Or, for an early kick, get the Spicy Chicken McDo along with fluffy, buttery hotcakes slathered in sweet syrup.

If you’re after more local flavors, you can get the Cheesy Eggdesal, where melted cheese and a fried egg are neatly tucked into the classic Flipino bread roll known as the Pandesal.

You can start your day with a filling meal by ordering combos like the Crispy Chicken Fillet with Rice, Egg, and Hash Browns or a Cheesy Omelette Bowl with Bacon and Mushrooms.

Happy Meals are as iconic to McDonalds as their burgers. These kids’ meals stay popular and relevant because of the toys included, which are usually characters from trending movies or shows.

Over the years, Happy Meal toys have become collectibles, especially older ones from the 80s and 90s. Some would argue that the toys are the stars of the Happy Meal and the food is just a bonus treat that comes with attaining the collectibles. The one-piece Chicken McDo with a side of fries is a popular Happy Meal choice, while Chicken Nuggets remain among the best picks for kids. Other options include the Cheesy Burger McDo or the McSpaghetti and, earlier in the day, breakfast Happy Meals can come with the Cheesy Eggdesal, Hotcakes, and Chicken and Hashbrowns.

There are certain items that don’t appear on the menu but are available to order for those who know how to read between the lines. Some of them are simple variations of existing burgers, like the Double Big Mac, Double Quarter Pounder with Cheese, and the Double McChicken, which are just the original burgers with extra patties. The more inventive ones include the BCB, where a chicken fillet is sandwiched between two beef patties and melted cheese.

But if what you’re after is a change of pace from the usual stuff, there are options other than the ones from the secret menu. 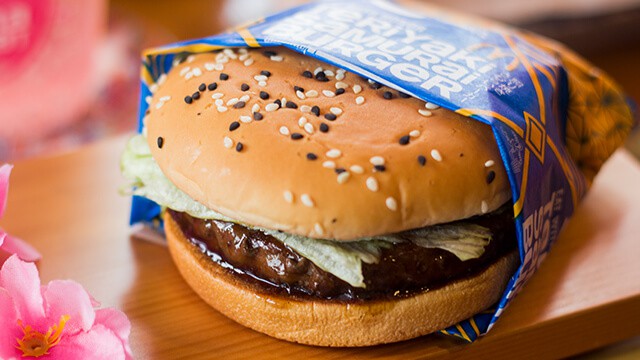 McDonald’s often comes up with new items and flavors to add to their offerings, like the Japanese-themed Samurai Teriyaki Burger, Nori Shake Shake Fries, and strawberry sweet Sakura McFloat.

Who Else Likes McDo Menu in Philippines?

About McDo in Philippines

The Golden Arches first appeared in Morayta, Manila, in 1981, when George T. Yang opened the first ever McDonald’s in the Philippines—this store is still going strong today.

Only a decade later, over 300 outlets were up and running, nearly half of which were local franchises. The menu had also adapted to suit local tastes, incorporating steamed rice, spaghetti, and chicken. By serving millions of Filipinos through hundreds of outlets nationwide, McDo has become one of the leading fast food chains in the country many thanks to their delicious McDonald’s menu, offering convenience through delivery services, 24-hour drive-throughs, and widespread availability.

Want to speak with McDo staff in the Philippines about their food or menu? Send a message to their social media account:

Otherwise, you can send them a message on their website.

If you have any more questions about the McDo menu or the type of food in their restaurants, please comment below.

If you want to learn more about Philippines Menues visit the about page here.
1 Comment
Oldest
Newest Most Voted
Inline Feedbacks
View all comments

Thank you Angelo. I loved reading about all the options – thanks for providing so many helpful comments. I look forward to seeing the new menu items over time.